10 Things to know about Gobeklitepe – Turkey

An Archaeological excavation will lead you to re-think about our knowledge on our history of humanity, to shake traditional understanding and information and to push history of religions to be questioned. It has been going on Gobeklitepe, Urfa since 1995.  Gobeklitepe, its construction dates to 10000 BC.,  is known as the oldest and the largest center of temples in the history. Gobeklitepe is 7000 years older than Stonehenge, 7500 years than Egypt Pyramids. Also, the ancestor of the modern wheat  that symbolizes the transition from hunter-gatherer to sedentary civilization has been found on the hills of Gobeklitepe. These temples that buried one thousand year later after its contraction by people, are coming to surface.

Göbeklitepe is located nearby the village of Orencik, 20 km northeast to city of Sanlıurfa in Turkey.

2. Göbeklitepe, The Oldest & The First Temple of the World

Dating to Neolithic era, Gobeklitepe is important for being a center of first religion from the point of being the first temple found on the earth.  20 temples has been spotted in the area and only six of them has been unearthed so far. 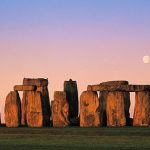 4. Shaping the Rocks and Contraction of the Temple

In the period of that  Gobeklitepe was constructed, human beings were living in a small groups, depending primarily on wild foods and hunting for subsistence.  Probably, it must have been brought huge crowds together for the first time in history to be able to bring columns and heavy rocks without drought animals and wheelbarrows from the rocky regions.

5. From Cave Paintings to animal reliefs 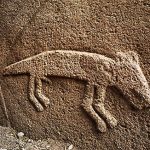 Rather than paintings that is describing hunting symbols, here the animal figures has been depicted as single and reliefs revealing a different understanding from point of art. Figures of Scorpions, foxs, oxes, snakes, wild boar, storks and cranes was depicted on rock reliefs. To some archaeologists, these animal figures were symbolizing different tribes who were visiting the temple.